You are here: Home / Herpes virus / How to know if you have herpes or yeast infection? Fungal infection vs herpes
Mycosyn Pro
Know this supplement against nail fungus and other fungus infections.
Click on image 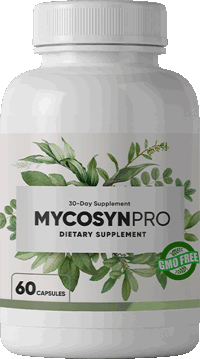 How do you know if you have herpes or yeast infection? In this paper I offer an answer to this question and also to other questions regarding the relationship between herpes and fungal infection.

The paper is dedicated to comparing the two diseases by presenting their similarities and differences. The comparison also includes the treatments. I have dedicated a section to each aspect used in the comparison.

How do you know if you have herpes or yeast infection? [↑]

The signs and symptoms of herpes and yeast infection are sometimes confused. For this reason, you may not be able to tell one disease from the other.

The areas of the body where the signs and symptoms of both diseases have the most similarities are the vagina and the oral cavity. That is why I describe their similarities and differences below.

Yeast infection in the vagina is often confused with female genital herpes, but the signs and symptoms of both diseases have significant differences that I will present below.

What are the differences between the signs and symptoms of genital herpes and yeast infection?

How do you know if you have herpes or yeast infection?

If you use the above differences, you will be able to know, although it is best to visit your doctor for a diagnosis.

Why are female genital herpes and yeast infections confused?

The confusion is because these diseases also have the following common symptoms:

I have written a very extensive article on herpetic bulbovaginitis. If you would like to learn more about this condition, click on the link.

Herpes and yeast infection are diseases that often affect the mouth. That is why it is important to know how to differentiate between them based on their signs and symptoms.

The main yeast infection affecting the mouth is candidiasis.

What are the differences between the signs and symptoms of herpes and oral candidiasis?

Although there are similarities in the signs and symptoms of herpes and yeast infection, the causes of these diseases are very different.

The cause of herpes is a virus, while the cause of yeast infection is a fungus.

Viruses differ substantially from fungi. While a virus is a microscopic entity that needs to infect the cells of another organism in order to multiply, fungi are biologically more developed organisms that reproduce autonomously.

Fungal infection and types of herpes

Depending on the cause, there are two types of herpes: herpes simplex and herpes zoster or shingles.

Most people think that herpes is only herpes simplex because they may not know that shingles is also herpes.

The most common herpes that affects the lips, genitals and other areas of the body is caused by a virus called herpes simplex virus.

Herpes zoster or shingles is an infection caused by the reactivation of the virus that causes chickenpox, which is called herpes virus type 3 or varicella zoster virus.

The species of parasitic fungi that most affect humans belong to the genus Candida or to the group of dermatophytes, formed by the genera Trichophyton, Microsporum and Epidermophyton.

Candida albicans is the most clinically significant Candida species. Fungi of this species inhabit the oral cavity, vagina, gastrointestinal tract and other moist areas of the body.

Role of the causative agent

Another difference between herpes and fungal infections is the role of the causative agents of both diseases in the human organism.

The herpes virus is always harmful to health, but not all fungi that cause fungal infections are always harmful. The yeast Candida albicans, for example, is part of the population of microorganisms that help the female reproductive and digestive systems function properly.

For this reason, it is hypothesized that the herpes virus not only causes outbreaks but also affects our brains causing dementia.

There are differences and similarities between herpes and fungal infection, depending on the triggers.

A weakened immune system is also a trigger for herpes outbreaks in people infected with HIV and those taking immune-suppressing drugs or receiving chemotherapy treatment. For this reason, herpes is an opportunistic disease.

Triggers for fungal infection include moisture caused by sweating, ingestion of antibiotics that reduce the population of fungus-controlling microorganisms that naturally inhabit our bodies, and vaginal douching.

Herpes outbreaks, unlike fungal infection, are not conditioned by humidity or hygiene of the outbreak area.

A similarity between herpes and fungal infections is the ability of the patient to remain asymptomatic. Many people infected with the herpes virus do not have outbreaks as occurs when there is control of the fungal population inhabiting the body.

Herpes and fungal infections are also related because they can occur simultaneously, although infrequently.

These diseases are also related because cells that have been affected by a herpes outbreak are more easily infected by fungi than healthy cells.

Herpes and fungal infection have similarities and differences depending on the area of the body that both diseases affect.

Herpes simplex does not infect the blood, whereas some species of fungi such as Candida albicans can. The presence of fungi in the blood is called fungemia[1].

Another difference between herpes and fungal infection is that fungi can infect nails and hair, whereas herpes cannot.

The species of fungi that infect nails and hair belong to the group of dermatophytes. This is why the infection is called dermatophytosis[2] or ringworm. The ringworm of the nails is called onychomycosis.

Duration of fungal infection and herpes [↑]

A significant difference between herpes and yeast infection is the duration of the infection. Fungal infection is temporary, but the herpes virus infects us permanently for a lifetime.

Permanent infection is one of the reasons why herpes is such a dreaded disease. Many people find it difficult to accept that they will have herpes throughout their lives.

The herpes simplex virus infects the host and at certain periods produces a visible infection known as a herpes outbreak that can last 10 to 12 days.

Herpes is a recurrent disease because the virus reactivates causing repeated outbreaks. Recurrences vary from person to person and outbreaks occur in the same area as the initial outbreak.

Onychomycosis is not a permanent disease, but it is not cured by treatments that work against fungal infections in other parts of the body. If proper treatment is not used, it can infect us for life just like herpes.

Herpes and fungal infection have similarities and differences in characteristics related to contagion. Here I compare them according to the origin of the causative agent and the ways of contagion.

Origin of the causative agent of fungal infection and herpes

The causative agent of herpes always comes from the body of another person, although after it infects the host, it can spread from one area of the body to another.

There are also fungal infections that spread from one person to another. An example of this is jock itch, which most often affects men and infects the crease between the groin and the genitals, the buttocks and areas around the anus.

Unlike herpes, the causative agent of fungal infections does not always come from another person; it can originate from within the person.

One of the most common fungal infections is candidiasis. This is caused by the yeast Candida albicans, which is involved in the fermentation of sugars in the digestive process.

When the balance between the population of the fungus and the microorganisms that control it is broken, candidiasis of the oral cavity, esophagus or intestine occurs.

Another difference between fungal infection and herpes, depending on the origin of the causative agent, is that fungi are transmitted to humans from infected mammalian animals; herpes virus is only transmitted from humans.

Mode of transmission of fungal infection and herpes

The most common forms of contact that transmit the herpes simplex virus from one person to another are kissing, penetrative sex without the use of a condom, and oral sex.

Once the virus enters the host’s body, it lodges in the nerve tissues and infects the host for life, possibly causing recurrent herpes outbreaks.

Fungi can also be transmitted from one person to another during sexual intercourse or by sharing towels or clothing.

As with herpes, some fungal infections can be spread from one area of the body to another by hand or by clothing that has had recent contact with the infected area.

The treatments for fungal infections and herpes are very different.

Herpes is caused by a virus and, therefore, the treatments are based on the use of an antiviral agent or natural anti-herpes remedies.

Fungal infections are caused by a fungus and are, therefore, treated with antifungal medications or natural antifungal remedies.

If you are suffering from nail fungus or fungus on other parts of the body, you may be interested in Mycosyn Pro.

If you have read this paper, you will be able to appreciate the differences and similarities between herpes and fungal infections that I summarize in Table 2. I hope that the information provided has been useful for you to know the answer to the question that heads the title of this paper: How to know if you have herpes or yeast infection?

Summary of similarities and differences between herpes and fungal infection