You are here: Home / Herpes diet / Diet for herpes sufferers: best and worst foods to eat, if you have herpes
Herpesyl
Know this dietary supplement to prevent herpes outbreaks.
Click on image 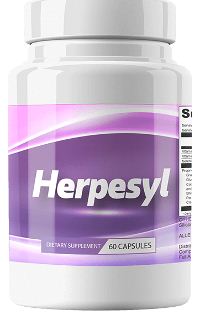 If you are interested in the diet for herpes sufferers, you can learn about it in this article because I include information about the best and worst foods to eat.

This article is divided into four parts. The first three are dedicated to the foods that you should eat and those that you should not include in your diet according to their lysine and arginine content.

The fourth part contains a group of dietary recommendations that will help you in your diet to avoid herpes outbreaks.

Lysine is an amino acid that human beings need and must obtain through the consumption of supplements or foods rich in proteins that contain it. Our organism is not able to synthesize lysine and that is why this amino acid is essential.

Studies have provided evidence of the benefit of lysine in preventing herpes outbreaks or reducing their intensity and duration.

For this reason, the consumption of foods rich in lysine is a recommendation you should take into account in your diet.

Lysine is involved in the formation of all proteins in our body and plays an important role in the absorption of calcium and in the production of antibodies, enzymes and hormones.

What foods have lysine?

Cow’s milk, chicken eggs, beef, some fish, spinach, beans, lentils, quinoa and soybeans are foods rich in lysine, while cereals are low in this amino acid.

The lysine content in foods is one of the factors to be taken into account in the diet for herpes sufferers, but not the only one. We should also take into account whether foods contain arginine and what is the lysine-arginine ratio, among other factors.

The following two sections are devoted to arginine and the lysine-arginine ratio in foods, respectively.

Arginine is another amino acid that makes up proteins and is involved in several very important functions of the human organism.

This amino acid is essential in pediatric ages because the organism of infants is not able to synthesize it.

The adult organism can synthesize arginine in the urea cycle which was discovered by the German physiologist Hans Adolf Krebs[1] (1900-1981) in 1932.

Arginine is involved in the release of growth hormone, DNA synthesis, lowering of bad cholesterol and in the stimulation of immune function by participating in the production of leukocytes.

The human body expels nitrogenous compounds in urea. Arginine plays an important role in the synthesis of urea.

For this reason, arginine is a very important amino acid for athletes as it contributes to convert the ammonia produced during aerobic exercise into urea.

Arginine is detrimental in people infected with the herpes virus because it contributes to the appearance of outbreaks and promotes their intensity and duration.

Although the human organism is capable of synthesizing arginine, this amino acid also enters our body in foods containing it or in supplements.

Coconut water and coconut oil do not contain arginine and can be included in your diet.

If you are interested in the diet for herpes sufferers, you should know which foods are high in lysine and low in arginine.

Foods high in lysine and low in arginine [↑]

Comparison of foods according to the lysine-arginine ratio requires calculating the rate between the amounts of these amino acids in samples and then comparing the calculated rates.

How to calculate the lysine-arginine ratio in a food?

This calculation is performed by a food specialist who has the means to do so.

The specialist selects a sample of the food, determines the amounts of lysine and arginine contained in the sample and finally obtains the ratio by dividing the amount of lysine by the amount of arginine.

More reliable results are obtained if, instead of measuring a single sample, the measurement is performed on several samples of plain yogurt and the quotients obtained are averaged.

List of foods high in lysine and low in arginine

Food specialists elaborated a table applying the described procedure which contains an ordered list of foods in which the lysine-arginine ratio is greater than 1, i.e., they are foods that contain more lysine than arginine.

The following table contains some data from the original table, available in the book The Ultimate Herpes Protocol, which contains a herpes treatment widely used all over the world.

The information provided in the table is very useful for the conformation of a diet for herpes sufferers.

Recommendations about diet for herpes sufferers [↑]

In this section you will be able to read recommendations including which foods to eat and which to avoid in your diet and why.

If you are infected with the herpes simplex virus, you should commit to the following recommendations:

Diet high in lysine and low in arginine

You already know that lysine intake helps to prevent herpes outbreaks and arginine intake contributes to their appearance and increases their intensity and duration.

For this reason, your diet should be rich in lysine and poor in arginine.

You will achieve this purpose if you consume foods high in lysine and low in arginine such as milk and its derivatives.

If you include in your diet foods high in arginine and low in lysine, you must compensate them with others whose lysine content exceeds that of arginine so that lysine predominates.

A classic combination is to eat brown rice with cooked dried beans. While brown rice is rich in arginine, dried beans contain an excess of lysine that overcomes the lack of this amino acid in brown rice.

Popcorn contains more arginine than lysine, but people infected with the herpes virus can enjoy popcorn if they sprinkle it with nutritional yeast that adds a cheesy flavor.

Arginine is neutralized because one tablespoon of nutritional yeast contains 190 mg more lysine than arginine.

Fish, meats and dairy products are rich in lysine. However, eating too much of these protein-rich foods can raise your body’s acidity and cause a herpes outbreak. Moderation is the key.

If you can’t get the foods you like to make up a diet high in lysine and low in arginine, you can use a lysine supplement.

Caffeine, theophylline and theobromine are three substances that stimulate the central nervous system; they form the methylxanthine family.

Caffeine is a contributing factor to cortisol production and cortisol is a hormone that suppresses the immune system making it easier for herpes outbreaks to occur.

Avoid coffee, tea and chocolate and you will be surprised by the results.

You should also keep in mind that chocolate and black tea are high in arginine and low in lysine: another reason not to include them in your diet.

Molds and other fungi produce substances called mycotoxins[2] that can weaken the immune system and have other detrimental effects on human health.

Weakening of the immune system is a trigger for herpes outbreaks in people infected with the virus.

Mycotoxins are substances resistant to cooking, freezing, decomposition and destruction during digestion. They are present in moldy foods and in milk and meat from animals that have consumed moldy food.

For this reason, one way to avoid the harmful effects of mycotoxins in nutrition is to avoid the ingestion of moldy food.

To avoid the ingestion of mycotoxins that could come from the consumption of meat and milk, more than 100 countries have joined the initiative to regulate the limits of mycotoxin content in animal feed.

The FDA has implemented several inspection programs for industries producing animal feed since 1985. Among the products that are subject to inspection are corn, tree nuts, cottonseed and peanuts.

Bread is very prone to mold if you place it in a plastic bag because this type of bag, besides preserving it, contributes to the growth of molds.

Remember that the diet for herpes sufferers has special requirements that, besides helping you avoid outbreaks, will help you to be healthy.

The non-moderate consumption of alcoholic beverages has medium and long-term negative effects on several organs, systems and apparatuses of our body.

The immune system is affected by alcohol which causes the appearance of herpes outbreaks in people infected with the herpes simplex virus.

For this reason, we recommend that you avoid drinking alcoholic beverages if you suffer from herpes.

The effects of alcohol are mediated by many factors including gender. Women have a lower tolerance than men because their bodies contain less water and more fat than men.

Moderate consumption of alcoholic beverages assumes a maximum of one drink per day for women and two drinks per day for men. One drink is equivalent to half an ounce of pure ethanol.

The World Health Organization (WHO) recommends that sugars in the diet should not exceed 10% of its caloric composition.

Sugar and particularly refined sugar is considered one of the three most harmful foods to human health.

Some studies have shown that high levels of sugar suppress the action of lysine in the body. For this reason, it is advisable to reduce the consumption of sugars and sweets.

Sugar can interfere with the body’s ability to use vitamin C in the healing process of sores and can also impede the absorption of B vitamins, which are essential nutrients to help the body manage stress.

Foods such as cakes, donuts and desserts have a high sugar content and for this reason it is advisable to reduce the amounts you consume.

The list of foods to avoid by herpes sufferers is not complete without processed foods which include canned meats, precooked foods, snacks and bottled beverages.

These foods, in addition to having a low nutritional level, contain artificial ingredients that can be harmful to health and therefore should not be included in the diet for herpes sufferers.

The FDA has banned the addition of sulfites to foods rich in vitamin B1 because they destroy the vitamin. This ban also extends to fruits and vegetables sold raw.

Sulfites can cause adverse reactions, sometimes serious, in asthmatic persons and also in persons without allergic history. The most common symptoms are hives, diarrhea, nauseas, tightness in the chest, flushing and weakness.

The diet for herpes sufferers should be based primarily on foods free of artificial components.

Dehydration is a state of the body characterized by excessive loss of water often accompanied by loss of mineral salts, specifically sodium, potassium and chloride ions.

One of the signs of dehydration is a decrease in the normal elasticity of the skin caused by outward pressure of cells and interstitial fluid (turgor).

The skin is a barrier that prevents pathogenic organisms from entering our body. Decreased turgor makes us vulnerable to infection and affects the immune system.

For this reason, you should stay hydrated by drinking plenty of liquids, particularly water.

Diet is one of the factors that people infected with the herpes simplex virus must control to prevent herpes outbreaks.

I hope that the information provided in this article will help you in the selection of foods and beverages to make up your diet. I can only ask you to share it with your friends on social networks.