This article is about genital herpes. I will talk to you about the disease, its main ways of transmission, how the infection occurs, what diet you should eat, and about treatments.

I have included in the treatments a protocol that has been used by thousands of people in various parts of the world with very good results.

What is genital herpes? [↑]

Genital herpes (herpes genitalis or herpes on genitals) is a sexually transmitted disease (STD), which is usually transmitted by skin contact to skin. It is a contagious viral infection that mainly affects the genitals of men and women.

The varicella-zoster virus, which causes chickenpox and shingles, does not usually cause this disease.

Herpes on genitals is very common. In United States it is estimated that one of every five adults is infected, but only a third of them are unaware that they have the virus.

Many of these people have no symptoms or have very mild symptoms, which leads to that these people do not worry be carriers of the herpes virus.

The virus is spread from person to person by skin to skin contact with an infected area, not through the air like a flu virus.

Oral sex, intercourse and rubbing against the infected area are common examples of how the virus can be transferred. One does not have to have symptoms in order to be contagious. Due to viral shedding, the virus can be spread from contact with the apparently normal skin of an asymptomatic carrier.

The herpes virus does not pass through latex condoms. Condoms do not provide 100% protection because a lesion may be found which the condom did not cover. It is important to remember that the herpes virus can be transmitted when a person has no symptoms through viral shedding.

Therefore condoms or latex barrier should be used when there are no outbreaks. When condoms are used constantly, they are one of the best available ways of prevention.

If you read the herpes stories we have published on this site, you will see that in all of them the infected people did not protect themselves properly.

A herpes genitalis infection goes through a cycle of phases. During the initial outbreak of herpes on genitals it is common to feel flu like symptoms (fever, headache, swollen glands).

The prodromal stage of the outbreak, when one experiences symptoms such as pain, itching, or tingling, often precedes the sores by one to two days. Next is the appearance of a small, fluid-filled blister.

The blister will usually ulcerate (seep) and then form a scab before healing and disappearing completely. The outbreak can sometimes resemble bumps, cuts, sores, or a rash in or around the genital area.

The typical duration of an outbreak is 3 to 14 days but may last as long as 6 weeks.

Once infected with herpes on genitals, the virus remains inside the body forever, usually in a latent (dormant) state.

The virus can become “activated” causing a recurrence due to many factors. When genital herpes reoccur they will typically appear in the same location that they did during previous outbreaks.

There are many factors that can cause, or “trigger” a genital herpes recurrence, however, it is often related to times when the immune system is lowered or run down.

Any of the following factors or a combination of them can trigger a herpes outbreak (but not always): disease, stress, surgery, fatigue, irritation of the skin (like sunburn), diet, menstruation, from the cold, strong sunlight or fever, relationships sexual strong and certain foods or drinks.

If you have been infected with the herpes simplex virus (HSV-1 or HSV-2), you should be concerned about your diet and lifestyle. This virus is very opportunistic and will start to affect you from the moment your immune system weakens.

Before starting any treatment, you should be worried about eating a diet rich in lysine and poor in arginine.

Lysine is an amino acid that acts as a base; it is present in proteins synthesized by living beings, plays a fundamental role in the absorption of calcium and prevents the replication of the herpes virus.

Arginine is also an amino acid that is present in some proteins and its consumption can stimulate the production of leukocytes.

Unlike lysine, arginine contributes to the replication of the herpes virus. That's why people infected with this virus are advised not to eat a diet rich in arginine and poor in lysine.

The book "The Ultimate Herpes Protocol", which I will tell you about later, contains an extensive list of arginine-poor and lysine-rich foods. These are the foods that every person infected with the herpes virus should eat to avoid outbreaks.

Lysine to arginine ratio in food

The lysine and arginine content of a food is measured in milligrams and depends on the mass of the food.

Table 1 shows this ratio for a list of foods. In the first row of the table the ratio is 3. This number indicates that there are three milligrams of lysine in margarine for every milligram of arginine.

The ratio is less than 1 for foods that contain less lysine than arginine. These are the foods that should not be included in the diet of people with herpes.

There are many different treatments and remedies to assist with healing and help to prevent recurrences. Topical treatments such as Medavir, Abreva and Zovirax can help to shorten the duration of the outbreak.

There are also treatments, herbs and foods that can help reduce the frequency of outbreaks of herpes on genitals. The drugs act in a way and the rest of the treatments make it otherwise.

One of the alternative treatments that best reputation has to fight herpes on genitals has been conceived by a British doctor. This treatment is known internationally with the name of “The Ultimate Herpes Protocol”. It has been used by thousands of people around the world with satisfactory results.

The treatment is designed to fight outbreaks of herpes genitalis and other types of herpes and is unique in its kind which removes the virus permanently.

The Ultimate Herpes Protocol is available in a book in PDF format, which has been translated into several languages. Its original language is English. You can download it in English from their official site.

If you want to download it in Spanish, you can do so from this link.

The types of genital herpes are usually determined by the area affected by the outbreak.

Genital herpes in men most often affects the penis, scrotum, and surrounding areas.

Genital herpes in women most often affects the vulva, vagina and nearby areas.

Below are several articles about genital herpes that address specific types of the disease or treatments for it. 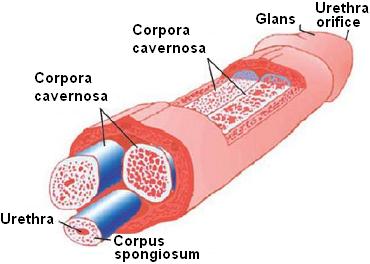 If you suffer from herpes on penis you should visit this page because it offers a wide range of information about the disease including a treatment that eliminates the outbreaks forever. The article also includes, among other things, the ways in which your penis can be infected with the herpes virus and the main conditions that can affect the penis. 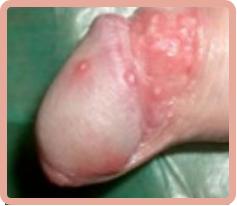 If you’re one of the thousands of people looking for answers to the question of how to get rid of genital herpes fast, you’ve come to the right place because from this page you can access the best treatments for the disease. We also offer comprehensive information about genital herpes in men and women and about eliminating the outbreaks for good. 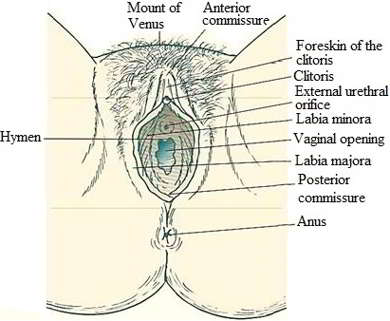 Herpes on vagina and vulva is the most common form of genital herpes in women. In this article you will find all the information you need about treating and curing this disease. It also includes complete information on the causes of vulvar-vaginal herpes and the triggers of the bothersome outbreaks. 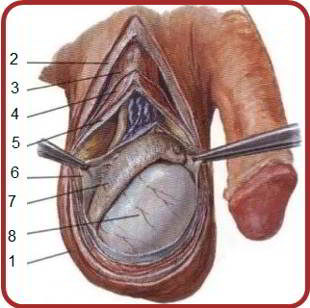 Herpes on scrotum is one of the most common forms of genital herpes. In this article I tell you about this disease and its treatment and cure. If you have this kind of herpes and are interested in a permanent cure, you should read this article because it contains all the information you need to get rid of the outbreaks forever.

If you are interested in a topical genital herpes treatment, you should visit this page because here you will have access to complete information about the latest external treatments for herpes via the topic. From here you can access conventional medicine and natural treatments and learn when to use a cream and when to use an ointment.